How to optimise functional testing for clients on contraception

Supporting clients that are taking contraception can often seem daunting or confusing and you might be puzzling over whether functional blood testing results will hold any clinical significance. When testing for hormones it is vital to understand the implications contraception may have on results and how to discern actionable insights when reviewing the data.

In this blog post, you’ll discover how FunctionalDX can be used for clients on contraception, what markers to look out for and why it is important to consider the whole-body system picture when supporting these clients.

For support in optimising functional testing with female clients who are not on contraception, check out this blog post.

What you need to know about common contraceptives

The hormones found in contraceptive tablets, patches and vaginal rings are typically combination ‘multiphasic’ contraceptive formulations, containing a mixture of synthetic oestrogen and progesterone-like substances, with ethinylestradiol or mestranol as the oestrogen component and synthetic progesterone as progestins. [1]

These synthetic contraceptive hormones act upon the Hypothalamic-Pituitary-Gonad (HPG) axis, utilising the sensitive feedback mechanisms by mimicking the gonadal hormones associated with pregnancy, increasing progesterone. This inhibits the secretion of Gonadotrophin-Releasing Hormone (GnRH) from the hypothalamus and subsequently Follicle Stimulating Hormone (FSH) and Luteinising Hormone (LH) release from the pituitary gland. FSH stimulates the process of ovarian egg maturation and the mid-cycle surge of LH triggers ovulation.

The suppression of these hormones via contraception prevents ovarian development and the subsequent release of an egg. When contraception is taken continuously, the negative feedback loop acts as a GnRH agonist, which prevents ovulation.

These synthetic hormones are non-bioidentical and within a FunctionalDX test, they will not be detected using the E2 or Progesterone biomarkers.

Not confined to sex hormone adjustments, contraceptives have been found to have a systemic effect on the body, indicated in numerous adjustments to other blood biomarkers including:

When considering the results of a client who is on a contraceptive, you would expect to see patterns of low FSH and LH, with a depressed or absent mid-cycle LH surge. Along with changes to endogenous E2 Oestrogen and Progesterone, depending on the contraception used. [4, 5] Studies also show that those on contraception have higher cortisol levels than non-users. [4]

You may also see alteration in Testosterone levels. [5-9] There is a large amount of evidence to demonstrate that women on contraception have reduced levels of testosterone. Studies have shown that levels of SHBG, which binds up testosterone, increases; sending libido plummeting and reducing the production of oestrogen. [6,7] Testosterone in women is essential for healthy bone, breast and vaginal health.

This same action has been seen post contraceptive cessation, impacting the menstrual cycle and fertility. [5-10]

Dehydroepiandrosterone-sulphate (DHEA-s) which is essential for oestrogen and testosterone production has also been found to be affected by contraception (particularly OCP’s containing Progestins). DHEA-s has been found to be significantly suppressed in contraceptive users, with a time dependant correlation shown in length of intake and severity of DHEA-s depression. Once contraception is discontinued DHEA-s can also take some time to return to optimal levels. [8-10]

Studies demonstrate a clear elevation in CRP & HsCRP in those on combined oral contraception and this may suggest a causal effect on the elevated risk of cardiovascular events in young women. [11-13,15]

Oxidative stress markers have also been found to be elevated in those with high levels of CRP & HsCRP, indicative of contraceptive induced pro-inflammatory processes, however a causative role has not been confirmed. [13,14,15,16]

Elevated CRP in chronic inflammation has also been linked to anaemia, due to the sequestration of iron caused by inflammatory cytokines and the protein hepcidin. This could be speculated as a compounding factor which perpetuates in those taking contraceptives to drive the anaemia conditions often seen in contraceptive users. [15,16]

There is various evidence which demonstrates that contraceptives alter the metabolism of lipids, reporting higher levels of total cholesterol and triglycerides in users.[17-19]

Several studies have established an increase of lipid peroxidases in those taking contraceptives, promoting pro-inflammatory activities, which may be associated with the reported side effects of this intervention. [13,20-24]

Results for the Lipid panel may impact LDL and HDL reading, ratio, total cholesterol and triglycerides and affect APO A and Apo B results.

The high lipid peroxidase results in a 2009 study found direct correlation with oxidized LDL’s, Increased Copper and an altered Cu/Zn ratio in addition to depressed levels of Beta Carotene in those taking combined oral contraceptives. [23]

In addition, 2013 meta-analysis of 26 studies found an increase in Serum Copper, above reference levels, [25] concluding;

“Although these levels are not considered toxic, there are suggestions that such Cu increase could be implicated in oxidative pathophysiological processes in the body. Further research on safety of COCs use, including oxidative-stress-related effects, is warranted.” [25]

Several studies have found association between contraceptives and loss of glucose tolerance. These changes are thought to be mediated by impaired carbohydrate metabolism, with progestins modulating this action. Contraceptive users have been found to have insulin resistance, rises in plasma insulin, and relative glucose intolerance by means of curve analysis of glucose tolerance tests. [26]

Due to the association between contraceptives and glucose tolerance a review of blood glucose is essential. FunctionalDX provides a range of markers:

Evidence established as early as the 1960s and 1970s demonstrates that contraceptives may deplete a concerning number of essential vitamins and minerals. [27,28] Essential for many metabolic, enzymatic, and homeostatic functions.

Magnesium is a vital mineral which is responsible for facilitating over 300 processes in the body, ranging from energy production, mood and cognitive support, sleep, hormone production, muscle relaxation and healthy DNA replication.

Magnesium deficiency is increasingly prevalent in society due to poor intake and modern lifestyle factors that create increased demand and quickly use up stores of this essential mineral in the body.

It is widely acknowledged that Oestrogen therapies deplete Magnesium and those taking contraceptives have been found to have reduced levels of Magnesium. [27-31]

Magnesium is an active Calcium agonist. If Magnesium is depleted, this alters the delicate balance of these two minerals. The Magnesium: Calcium Ratio is an important marker for blood coagulation. Thus, disturbance of this balance can lead to thrombosis issues, such as blood clots, which may indicate the mechanism of action for the reported side effects of contraceptive medications.

Zinc is an essential mineral with over 300 enzymatic functions. It is responsible for the healthy functioning of the immune system, reproduction, energy metabolism, eyesight and skin health. A correlation was established in studies back in the 60’s between serum zinc depletion and women taking contraception.[29]

In addition, due to the adjustment of zinc in contraceptive users, there has also been a suggested correlation in decreased albumin levels as 75% plasma zinc is bound to albumin. [32]

Want to take a deeper dive into Albumin? Discover 3 things you might not know about this biomarker.

Alkaline Phosphatase is also affected by alterations of zinc metabolism and is another key biomarker for consideration. [32] Other Minerals also depleted by contraceptive use include Selenium and Phosphorus. Minerals increased by contraceptive use include Calcium, Copper and Cadmium, possibly due to losing the antagonistic actions of their competitive mineral partners. [30, 33]

Folate is particularly important in its function as tetrahydrofolate and cofactor. Key to regulation of enzymatic functions involved in amino acid metabolism, purine and pyrimidine synthesis and DNA methylation. Folate depletion or deficiency is seen as megaloblastic anaemia, due to the role of folate in red blood cell division. Often a common effect of contraceptive use. [33-35]

It is also important to consider the role of folate in conception and pregnancy in those planning to come off contraceptives, due to its role in embryogenesis and neural tube development.

Early studies on OCP’s demonstrated significantly reduced serum folate. It is argued that the levels of hormones within older OCP’s were higher and therefore more interruptive of folate absorption. [35-37] With consideration to modern drug formulations a 2015 systematic review and meta-analysis of 17 studies concluded ‘Because of the reduction in blood folate concentrations associated with the use of oral contraceptives, it is critical for women of childbearing age to continue folate supplementation during oral contraceptive use’. [36]

Pyridoxine (B6), in its active form Pyridoxal-5-Phophate, is prolific in its role as cofactor, assisting 100 enzyme-catalysed reactions. Many of which are associated with the synthesis or catabolism of neurotransmitters especially in the role of tryptophan metabolism. Early small-scale studies demonstrated that those on combined contraceptives had an increased excretion of urine tryptophan. [37-39]

Subsequent studies found B6 supplement intake to be associated with relief from reported mood changes in those on contraceptive formulations. These symptoms include; nausea, headache, vomiting, dizziness, depression, anxiety, low libido, impaired glucose tolerance and irritability. [40-44].

Vitamin B12 plays a key role in the health of the nervous system, mucosal and epithelial cell synthesis, DNA replication and the maintenance of cell proliferation and metabolic status. B12 is involved as the main methyl donor in the methylation cycle, playing a crucial role in the metabolism of folate and the formation of choline containing phospholipids 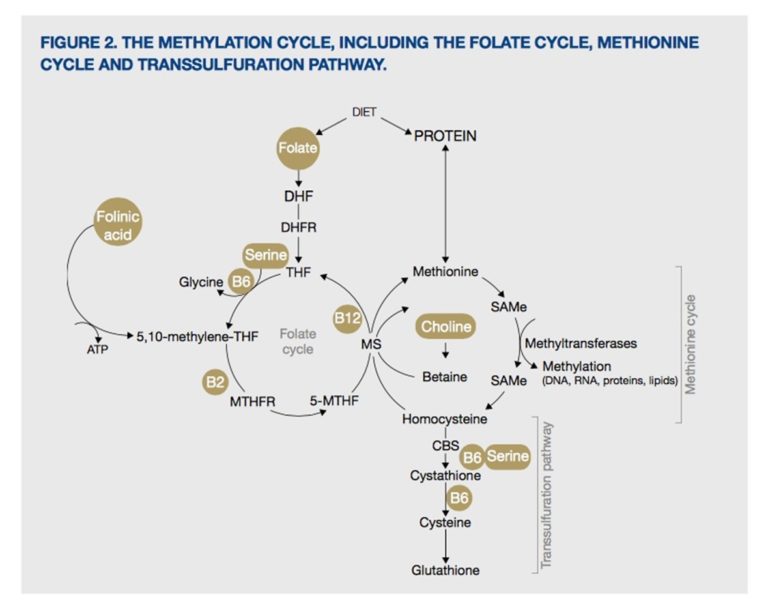 Numerous studies demonstrate a link between contraceptive use and lowered B12 levels, although the exact mechanism has not been identified. [45] An investigation into both Serum and Active MMA levels is warranted given the high propensity for megaloblastic anaemia to occur in those taking contraceptives. Another biomarker for consideration is Homocysteine, given its metabolism within the B12 mediated methylation cycle.

Ready to dive deeper into Homocysteine? There are 5 things you might not know, in this blog post.

Vitamin B12 is also an independent risk factor for foetal development and neural tube defects and is important for those seeking to become pregnant after contraceptive use. [46]

Vitamin E is known for its role as a master antioxidant, sequestering free radicals and scavenging oxidised lipids, reducing inflammation, and protecting lipid membranes from oxidative damage. It is essential for the maintenance of blood coagulation and flow, formation of sex hormones, stabilises cell membranes and helps to maintain glutathione status and superoxide dismutase function.

Vitamin E is also a key vitamin required to counteract the pro-thrombosis effects. [51]

What are the best dates of the cycle for a blood draw when a client is taking contraception?

Our blood science algorithm reports on optimal status, with accuracy best achieved during a mid-luteal phase of the menstrual cycle. At this stage we would typically expect to see the peak of Progesterone and rises in Oestrogen. The mid-Luteal phase is days 21-23 of a 28 day cycle. You will need to calculate accordingly if your client’s cycles are shorter or longer.

When a client is on contraception you can test on any day of the cycle but take into account that the algorithm will calculate for an optimal mid-luteal phase. A contraceptive period is not the same as a regular period, and there for you will need to take this into account when interpreting the result.

I have a female client aged 45 who is taking an FDX female panel and is on the mini pill (no break for periods). We are not looking at hormones specifically in her programme, but of course I would like to get the most accurate results that I can. Can she test on any day, or is there any benefit of keeping it around day 21?

We do recommend a day 21 test for menstruating women, but in this case as the client is on the mini-pill she is not. Does the client track her cycle to know where she is in her cycle? If yes then please try to take the test in the mid-luteal phase days 21-23. If not, then clinical interpretation of the report will have to take this into account, which can be discussed on your support call.

With female health dysfunction on the rise, it has never been a more crucial time to support your clients in taking action to manage and achieve optimum health. We believe in building a healthier future, by providing you with the best tools for identification.

Take me to the panels 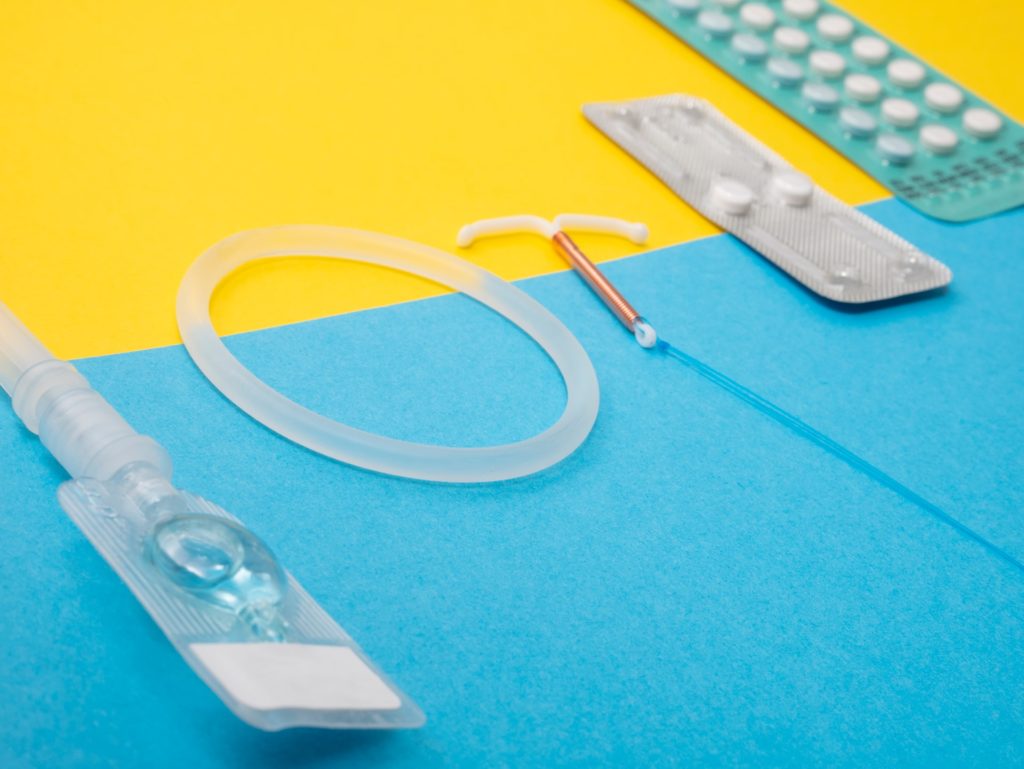