The average age of menopause in the UK is 51, but women may find themselves in perimenopause for up to 10 years before that. Blood testing holds the key to getting a better a grip on your client's symptoms and creating a targeted plan that produces real results

About perimenopause and menopause

In the UK, the average age of menopause is 51 and typically women can start the transition to menopause up to a decade earlier, although this can vary greatly.

From a hormonal perspective, this transition to the cessation of menstruation is caused by the lowering of specific hormones and, if a woman is considering HRT, a number of hormones should be tested before a qualified medical professional makes a prescription.

Production of estradiol or E2 (the main type of oestrogen made in non-pregnant women of childbearing age) is reduced in menopause. In the lead up to menopause however, estradiol and, as a consequence, follicle-stimulating hormone (FSH) fluctuate hugely – so their testing is not the most reliable way to inform the need for HRT of oestrogen. The key then is to look at sex hormone binding globulin (SHBG) and try to keep it within optimal range so that whatever oestrogen is present at any given time, is available to the body.

Progesterone levels should also be measured before HRT is prescribed by a qualified medical professional. If a woman still has a uterus then progesterone therapy will be combined with oestrogen therapy for a number of reasons: it helps reduce the risk of endometrial cancer (oestrogen causes the lining of the endometrium to thicken which can increase cancer risk) and it has also been shown to improve hot flushes and even sleep related issues during perimenopause (1).

Testosterone may also be prescribed during perimenopause to help women who suffer with a number of symptoms including low energy, mood and libido. Testosterone therapy has also been shown to be helpful in maintaining bone density, muscle mass and for vascular and cognitive health in women in perimenopause and post menopause (2).

Dehydroepiandrosterone (DHEA) levels are also relevant as this is a precursor for the production of sex hormones including oestrogen and testosterone.

DHEA levels may also give an indication of adrenal status, which can become vulnerable around menopause and is relevant to adequate sex hormone production.

These biomarkers are found in our Inspect, Ultra, Fertility and Reset Femme Tests, in addition to more than 90 other biomarkers that are key indicators for health. When considering any intervention such as HRT it is important to ascertain a full picture of the client’s health and to rule out any conditions that may have similar symptoms to perimenopause, such as thyroid or autoimmune conditions. 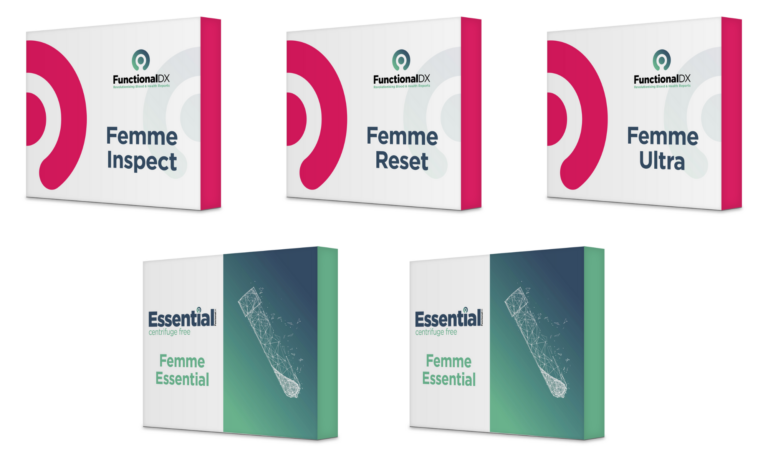 FunctionalDX provides a range of testing for female health. To find out which one is best for your client, take a look at our test comparison tool here

The use of testing of hormonal metabolites via the urine has become more popular recently, however this is not a useful method of collecting data in a peri menopausal woman and for the prescription of HRT.

Blood tests show the levels of free and bound hormones within the blood, i.e. how much of that hormone is ‘active or inactive’ when it comes into contact with a receptor on the cell. When a hormone ‘docks’ with a receptor on the cell it influences a change on that cell, so by measuring blood levels we can ascertain the impact of both current levels of hormones and inform decisions around an HRT intervention.

Urine testing shows us levels of metabolites which can be useful for assessing aspects of health such as methylation pathways of sex hormones but does not provide information of the levels of active hormones needed for an HRT intervention.

It is important to be aware that baseline blood hormone testing is therefore very valuable in identifying a need and suitability of different HRT interventions. For women who are already on HTR and are interested in monitoring effects and suitability of their HRT, periodically testing hormones in the blood will only be relevant if the exogenous hormones are bioidentical.

You may also like to read: Assessing cardiometabolic health in peri- and post-menopausal women 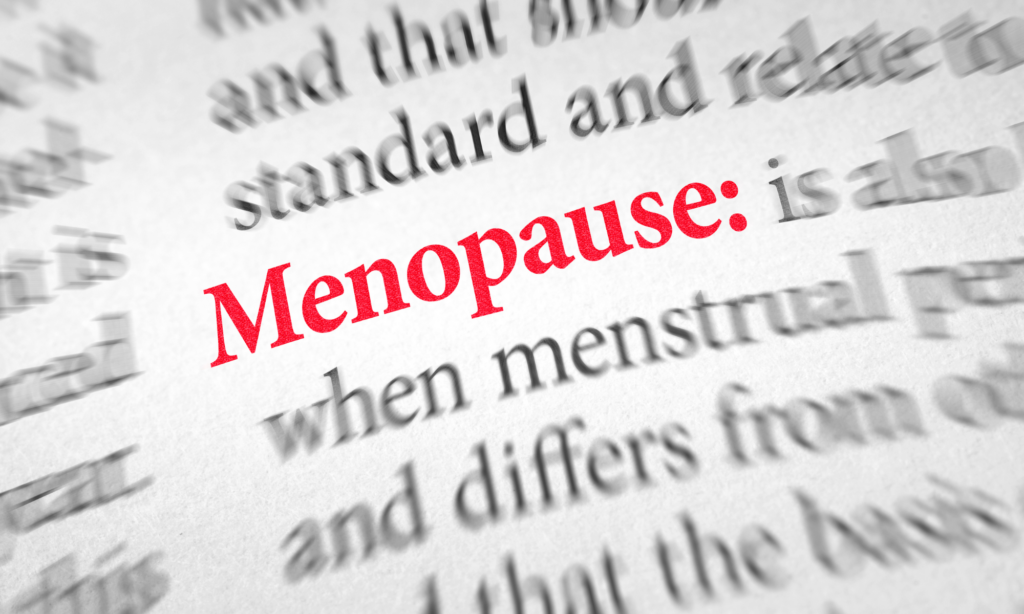 Please be aware there are a number of planned Royal Mail strikes in November that will affect receiving and returning your tests. Please keep up to date with our service updates to minimise the impact for you and your clients here

Please note that there are a number of Service Interruptions due to Royal Mail Strikes in November. Stay up to date with our SERVICE UPDATES Dismiss