The importance of C-peptide in assessing blood sugar management

Recent statistics from Diabetes UK show that more than 4.9 million people nationwide have been diagnosed with diabetes; with millions more yet undiagnosed, or at an increased risk. At an all-time high, this figure is expected to rise to a staggering 5.3 million by 2025. Fortunately, studies have consistently shown that combined lifestyle interventions, such as diet and exercise, can have beneficial effects on glucoregulation. Diabetes diagnosis or not, keeping an eye on blood sugar levels early on is key, as it could potentially prevent or delay serious disease complications later down the line.

You’ll no doubt be familiar with the role that insulin plays in blood glucose regulation, but how does C-peptide fit into a blood sugar panel – and how can it impact your client’s health? Read on to find out more.

C-peptide is a relatively short polypeptide chain of amino acids which facilitates the protein folding of proinsulin, the precursor to insulin. C-peptide is released into the systemic circulation when proinsulin is cleaved to form insulin. One C-peptide molecule is generated for every insulin molecule released.

What does C-peptide tell us?

Levels of C-peptide in the blood correlate with the amount of endogenous insulin released in response to stimuli such as rising post-prandial blood glucose levels. C-peptide allows for the differentiation between endogenous and exogenous insulin, especially important in the diagnosis and management of diabetes treated with insulin therapy. C-peptide is a more reliable measure of endogenous insulin secretion than insulin itself due to its longer half-life and, therefore, higher circulating concentration at any given time. First-pass metabolism and peripheral clearance of insulin is variable, whereas C-peptide is not significantly cleared by the liver and has a more constant peripheral clearance. 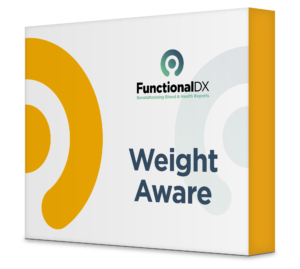 Need a comprehensive functional test that gives you a clearer view of your clients’ C-peptide levels and hidden health picture? Take a look at the FDX Weight Aware panel.

Which clients would benefit from getting their C-peptide levels tested?

Measuring C-peptide levels is useful for clients exhibiting the following signs and symptoms:

How can I support clients with sub optimal C-peptide results?

Beneficial dietary interventions include switching refined carbohydrates and sugars to high-fibre vegetables and fruits with a low glycaemic index – think leafy green veg, apples, plums or apricots.  A good source of protein and healthy fat with every meal may increase satiety and reduce cravings for high sugar snacks between meals. Allowing four hours between meals and an overall eating window of less than 12 hours per day will take the pressure off the pancreas and allow it some time to rest.

Lifestyle-wise, managing stress with meditation, breathing exercises or yoga is recommended.  This can help to lower cortisol and, in turn, insulin levels. Building muscle through resistance training may also improve your client’s insulin sensitivity and use up the circulating blood glucose.

C-peptide is an important marker in understanding your clients’ glucose regulation status and their risk for diabetes. Measuring this molecule will give you a much clearer view of your clients’ hidden health trends.

FunctionalDX blood health and reporting can help you to identify all of this and more. 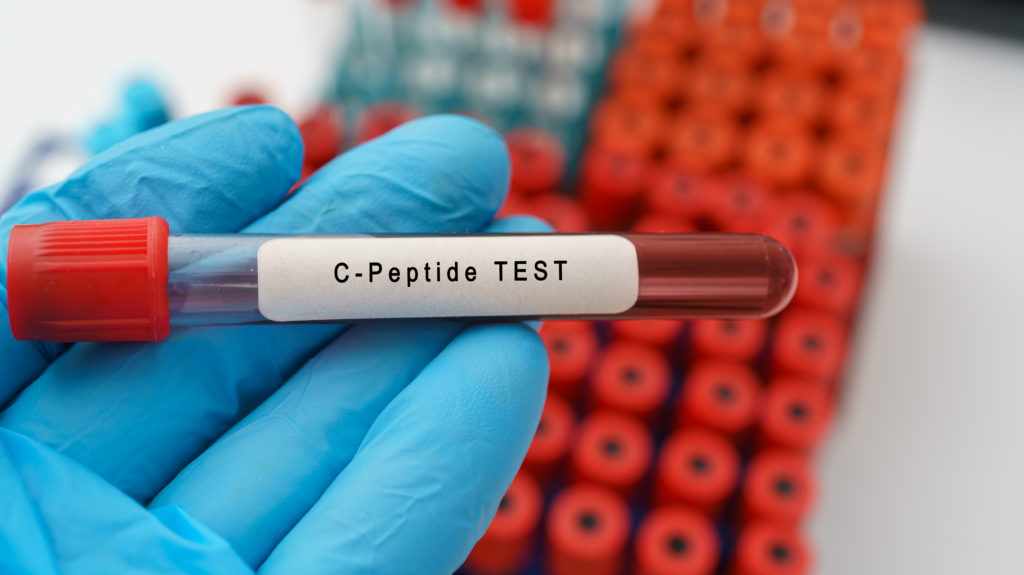