What COVID-19 highlighted about the role of Vitamin D: Part 2

In the second installment of our 2-part blog series, you’ll get a deep dive into the relationship between Vitamin D and the hidden health trends you could be missing in your clients. Missed Part 1? Head on over to catch up here. Read on to discover the impact of Vitamin D on innate and adaptive immunity.

The most common manifestations of Vitamin D deficiency in adults include:

Why the assessment of optimal Vitamin D levels is so important

Assessing individual’s levels before starting supplementation protocol will help adjust the dose accordingly and avoid toxicity and potential side effects. Vitamin D is fat-soluble vitamin, thus it can bioaccumulate over time, and potentially become toxic at high levels. Almost all the FDX panels include Vitamin D biomarker assessment.

Keen to get started with identifying your clients’ hidden health trends and Vitamin D levels? Register as a Practitioner today to access our revolutionary blood and health reporting.

Here are some findings to consider regarding potentially toxic Vitamin D levels:

Periodic assessment of serum 25-OH-vitamin D [25(OH)D] and serum Calcium are recommended to ensure proper Vitamin D levels for health maintenance and disease prevention. Testing serum 25(OH)D is important for assessment of Vitamin D absorption, compliance, and safety. Measurement of 1,25-dihydroxyvitamin (Calcitriol) is not recommended for the evaluation of Vitamin D status and can even be misleading.

Due to the recent discovery of vitamin D receptors (VDR) in tissues besides the gut and bone—especially in the brain, breast, prostate, and lymphocytes, it has been suggested that higher Vitamin D levels can provide better protection from chronic conditions such as diabetes mellitus, osteoporosis, osteoarthritis, hypertension, cardiovascular disease, metabolic syndrome, depression, several autoimmune diseases, and cancers of the breast, prostate, and colon.

Who benefits the most from getting their levels tested?

What are the best sources of Vitamin D?

Vitamin D can be obtained naturally from two sources:

Vitamin D3 (cholecalciferol): One of the best dietary sources of vitamin D is cod-liver oil. However, the amount required to obtain a target dose (2,000 – 4,000 IU per day) would require consuming about three tablespoons of cod-liver oil, or over 15 capsules of most commercial preparations daily, which can become costly and affect compliance over time. Thus, the preferred way among health practitioners is supplementation with “pure” Vitamin D supplements which allows the dose to be tailored to the individual needs.

Other animal sources of Vitamin D3 include fatty fish, egg yolks, and liver.

Vitamin D2 (ergocalciferol). This form of Vitamin D is widely used in supplements and fortified foods. It also can be found naturally in some dietary plant sources such as shiitake mushrooms. Commercially, ergocalciferol is produced by irradiating fungi/yeast. Since ergocalciferol shows altered pharmacokinetics compared with D3 and possesses risk of contamination during its microbial production, it is thought to be potentially less effective and even more toxic than cholecalciferol. However, when it comes to supplementation with regular daily intake both Vitamin D2 and Vitamin D3 can be considered bioequivalent, because they both undergo identical metabolism in the liver.

It is worth remembering, however, that optimal clinical effectiveness of Vitamin D supplementation often depends on synergistic effect of diet, lifestyle, exercise, emotional health, and other factors.

Identifying the status of Vitamin D in our patients is as important today as it has always been. With an increasing public spotlight on this marker, and with clients keen to know what degree of protection they currently hold against the ravages the modern world has to offer – including COVID-19 – identification of Vitamin D status is now something clients are demanding.

FunctionalDX recognises this need and includes Vitamin D measurement as standard in all our major panels.

PrevPreviousWhat COVID-19 highlighted about the role of Vitamin D: Part 1
NextManaging the impact of long term stress on your clients’ brain healthNext 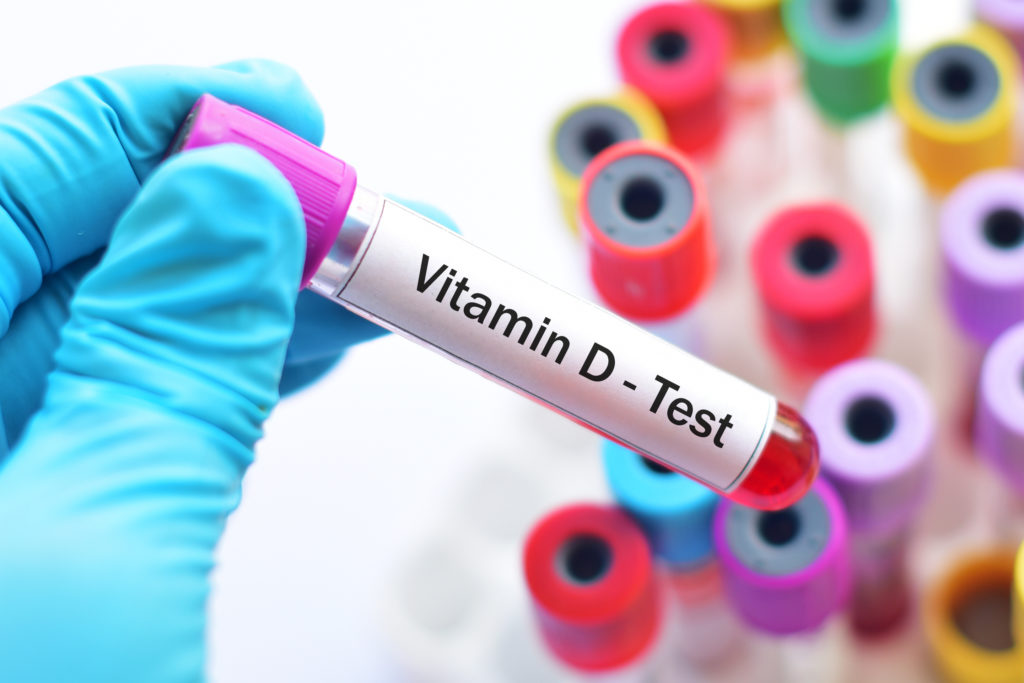